Released today, the QS BRICS University Rankings features 12 top universities in South Africa, based on a methodology which assesses each institution on eight key performance indicators, including its research impact and reputation among academics and employers. The BRICS ranking, first launched in 2013, aims to highlight the 300 of the most prestigious institutions in the five major emerging economies of the BRICS countries: Brazil, Russia, India, China and South Africa. 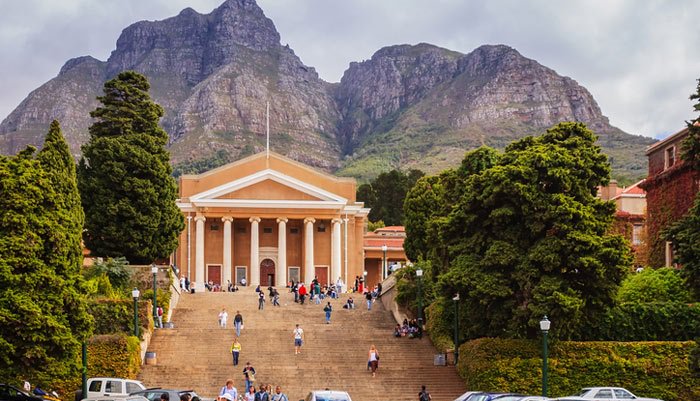 Ranked 19th in this year’s BRICS and 191st in the world rankings, the University of Cape Town (UCT) is consistently ranked first among the top universities in South Africa. The oldest university in the country (founded in 1829 as the South African College), UTC is located on the slopes of Devil’s Peak at Table Mountain, giving it impressive views. UTC is aiming to be Africa’s leading research university and was ranked 26th in the BRICS ranking for its citations per faculty, a measure of research impact. It has about 29,000 students, many of whom come from outside South Africa, earning it 13th place for the international students indicator in BRICS.

The University of Cape Town is currently featured in the QS World University Rankings by Subject for 35 out of a possible 46 subjects, achieving a placing of 10thfor development studies, 47th for geography and a spot in the top 100 for other subjects such as anatomy & physiology, English language and literature, law studies, architecture and sports-related subjects.