Thousands of people tuned in to South Africa’s first television broadcast on 5 January 1976 to see exactly what they had been missing for more than two decades. A year later more than 1.5 million viewers were tuning in every evening (the service was initially broadcast only 37 hours per week), according to South African historian Carin Bevan. 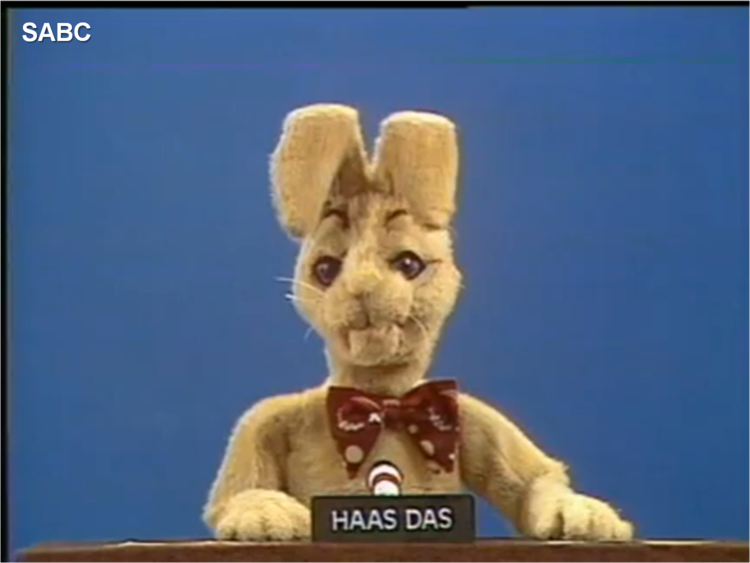 Haas Das se Nuuskas was the first programme ever screened on South African TV, and soon became its most popular show among both children and adults, to whom its social and political satire appealed.  The news-reading rabbit voiced by SABC legend Riaan Cruywagen also set a precedent for the wide use of puppets in SA children’s shows.