South African Celebrities Who Are Rumoured to be illuminati

The Illuminati order do not mind any body, nor any country it doesn’t matter whether you’re black or white, no skin color, no racial discrimination and prejudice and in the case of South Africa no Apartheid. In the illuminati order every one is equal.

Gradually but steadily it has come to South Africa the rainbow nation. With the promise of money fame and power, many young South Africans are rushing to be initiated. Of course with great money comes great responsibilities and consequences. There is no easy money any where. Those who joined are regretting.

What is the Illuminati? Apparently, it is an all-knowing, all-powerful group that gives celebs super fame, money and power so that they can corrupt our innocent souls – ultimately leading to masses burning in the pits of hell!

Other conspiracy theorists believe the Illuminati, which allegedly has prominent world leaders in its pocket, want to control planet earth by seeking a “New World Order” and rule under a totalitarian world government.

But for celebrities, you can’t be a huge star these days without the help of the Illuminati – according to believers anyway.

Here are top South Africans that belongs to the Illuminati order. 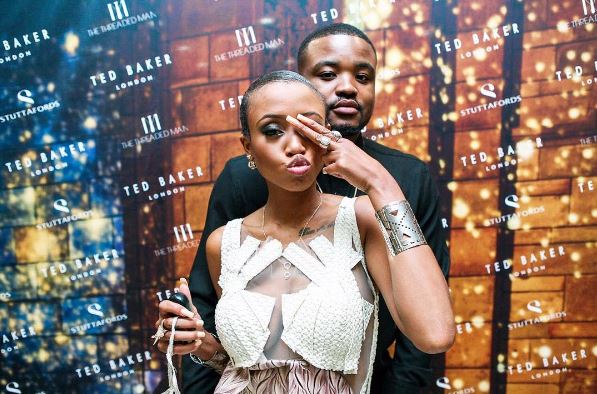 Nomuzi has been suspected of Illuminati dealings on several occasions. The latest incident was recorded backstage at the 2016 South African Music Awards (SAMAs).

The TV presenter proudly took pictures using hand gestures associated with Illuminati signs. We think it is all just for laughs, because Nomuzi loves to get conspiracy theorists worked up by making the “all-seeing-eye” pose in a lot of her pictures.