SHOCKING! South African Celebrities Who Are Rumoured to be illuminati Finally Exposed!!!

According to some online magazine,Many South Africa celebrities are being controlled by powers beyond their wishes.
We see to show that the powers that control the Industry in other countries do the same here in our country is South Africa. You will See things that your eyes will need to research to believe.
Course the deception to drive people into hell is the same, get them into lust and perverted ways, then they will self destruct. Our Intention is to bring people to Christ to. Weather Celebrity or ordinary person. All need a savour.
Many don’t believe that symbolism that is seen overseas can be found on our land in Africa. It is from this article that I would like to show you that symbolism does not change, And its meaning stays the same throw the generations.

So when we look at the pyramid and the eye symbol in america, we know its in relation to the pyramid on the back of the 1 dollar bill, We know the Illuminati had a hand in the design of the dollar bill. America has no pyramid but the seal of the american dollar bill has the pyramid. 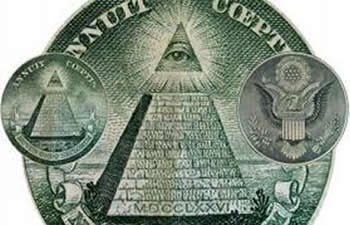 But we seem to change when we see the pyramid locally in South Africa. We then think its just a symbol that has no meaning to it. Like when we see.
This is a conference centre on Ellof street town in Johannesburg Called The pyramid.